Wow,
It has been awhile.  I had some problems signing into my blog, but I think I have all the bugs worked out, so now to catch-up. Some days I had no pictures & some days I had a bunch which made up for the no day pictures.


Monday 6 May, 2013
This Baltimore Oriole like the humming bird feeder better than the Oriole feeder. 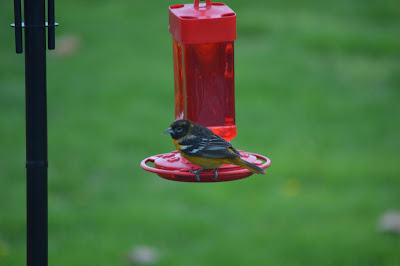 Monday 6 May, 2013
My striped tulips are starting to open up! 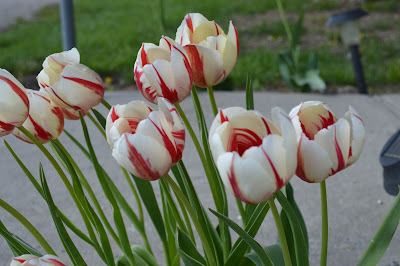 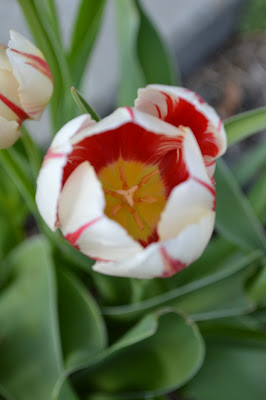 
Hubby went mushroom hunting & this is what he found.  I don't like them so he is getting them all to himself (I thought).  He ended up cleaning them & freezing them for when our boys are home in two weeks to share with them. 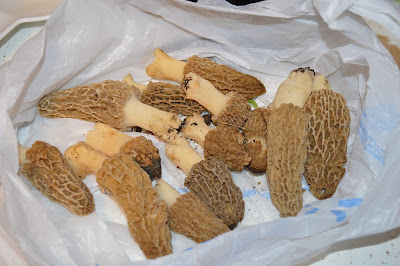 
An early Mother's Day surprise.  My youngest son Josh had Tiger Lilies delivered to me today for Mother's Day.  They come closed up & start to open up in a couple of hours.  Here is what they looked like when I took them out of the box. 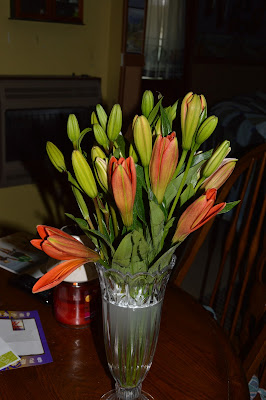 This is one of the white lilies opening up 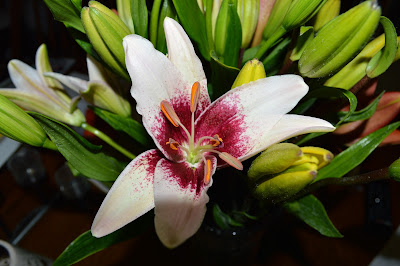 This is one of the orange lilies opening up 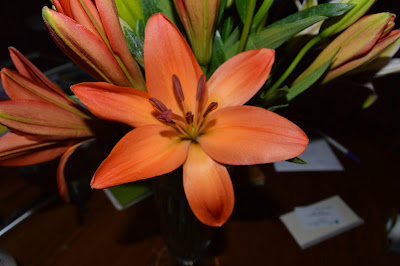 Saturday 11 May, 2013
This evening we went to see your niece Ali in her ice skating show.  She has been skating for a year and a half & this was her 2nd Spring show.  She was in 3 different numbers. 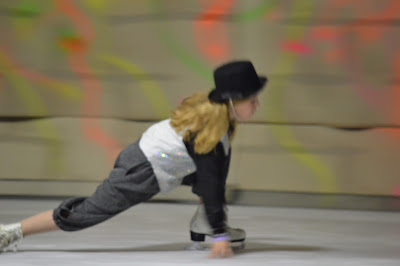 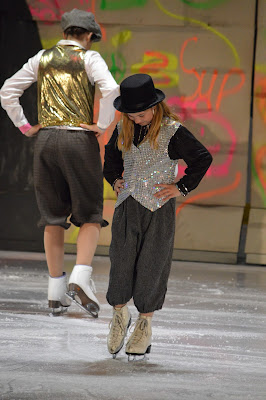 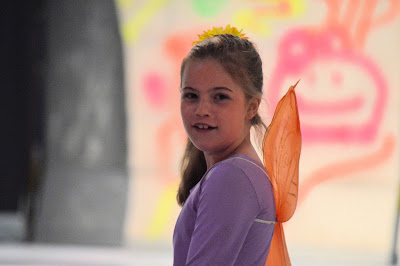 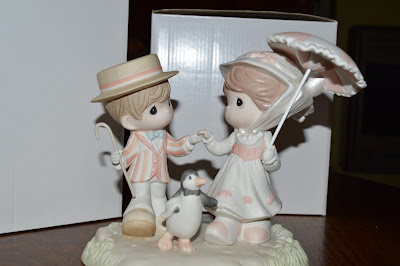 This one is from my husband. The title is "It's a Jolly Holiday With You"
Special Meaning - One, I love Disney; Two, represent the first Broadway musical we went to together, Mary Poppins; Three, the title says it all, our 24 1/2 years together has had its ups & downs, but it has been "A Jolly Holiday" together. 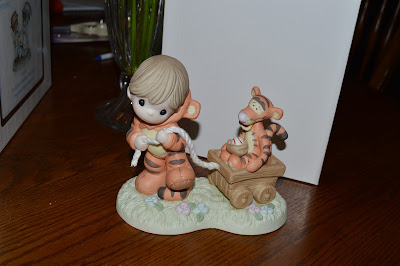 This one is from both my boys. The title is "Put a Little Bounce in Your Step"
Special Meaning - One, Tigger is my favorite Pooh character; Two, the baseball glove represents my boys playing baseball & the years I had to help coach.

Monday 13 May, 2013
The yellow Tiger Lilies are starting to open up! 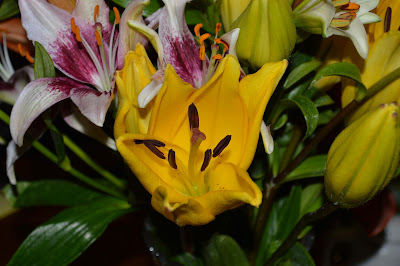 Tuesday 14 May, 2013
My husband had today off (not normal) & I had to work.  He was helping his dad get the corn in & I wanted pictures to send to my friends in Africa (they were curious on how we plant our corn).  So my hubby was so sweet & took different pictures of the different stages of him planting. This pic is of him half way done planing, showing how they have a marker out to make where to start the next set of rows, plus you can see the rows the planter has made. 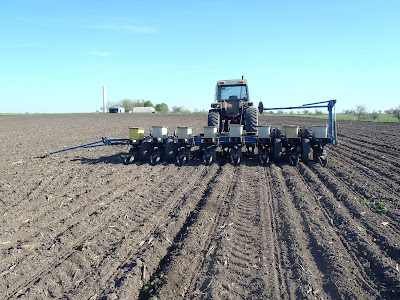 Saturday 18 May, 2013
Graduations have started in our area & we had 3 graduation parties to go to today.
This was at the 2nd one, our neighbors down the street.  My husband Stephen is on the left & our neighbor Dennis Burrows on the right.  Stephen & Dennis have been friends since they were 3 or 4, went through Kindergarten - 12th grade together (same class, small school) grew up on farms next to each other until they were 16, & then ended up being neighbors (we didn't know Dennis lived down the street until we bought our house & moved in) for the past 21 1/2 years.  Dennis' son, Ryan, is graduating tomorrow. 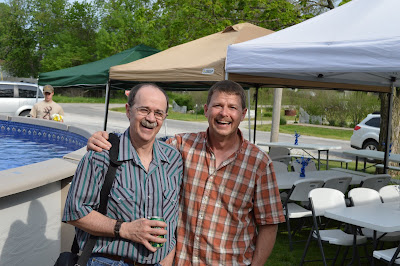 Sunday 19 May, 2013
Today we had the blessing of going to hear our oldest son preach.  He is the youth pastor at Excelsior Spring Baptist. 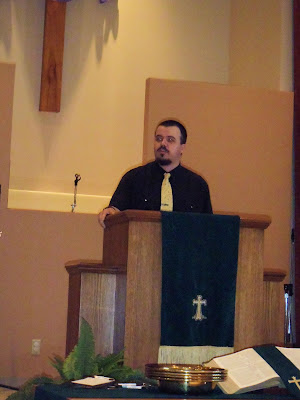 Monday 20 May, 2013
Both boys are home together for a couple of days.  I had to work, so they had fun with my camera.  Josh is a shutter bug like me & loves playing with my new camera.
Momma sparrow feeding her babies 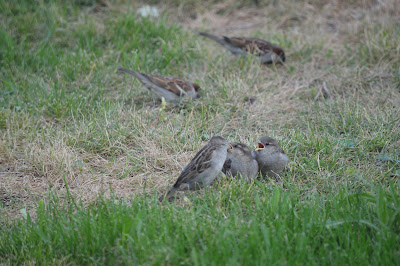 Tuesday 21 May, 2013
Wood's turn to play with the camera.  Fuzzy is so bored with this photo shoot 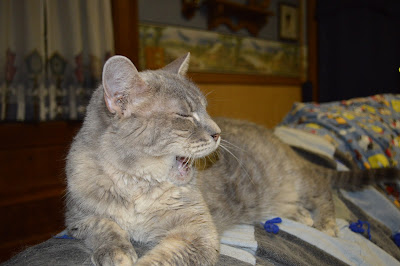 Wednesday 22 May, 2013
Wood had to go back to his place.  He has youth tonight.  Josh had more fun with my camera. 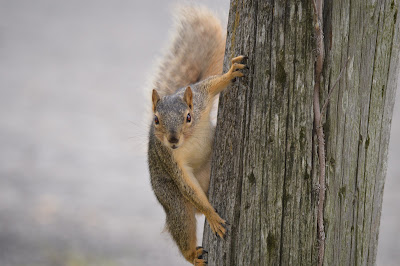 Thursday 23 May, 2013
Yesterday was my last day of subbing, school is done for the year.  So this morning Josh & I went on a nature photo shoot.  I let him use my good camera & used his nice camera.  Here are some of the shots I got. 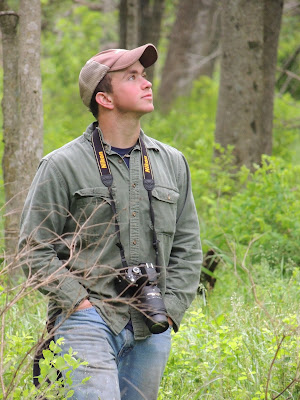 Josh looking for birds to shoot in the woods on our farm. 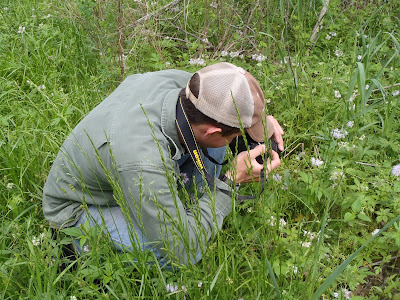 Working hard to get some unique but interesting nature shots. 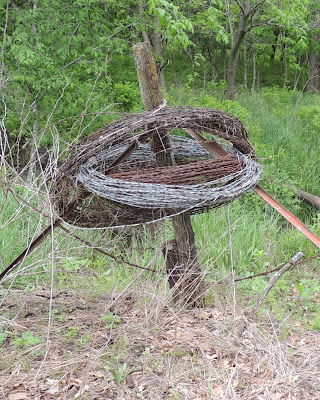 Barbed wire that has been collected from old fence on our farm & stored here. 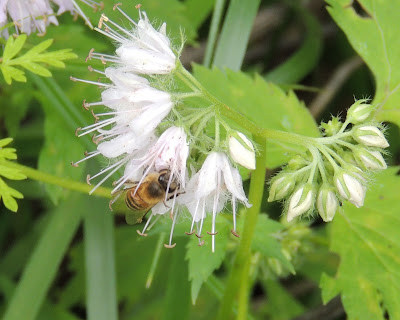 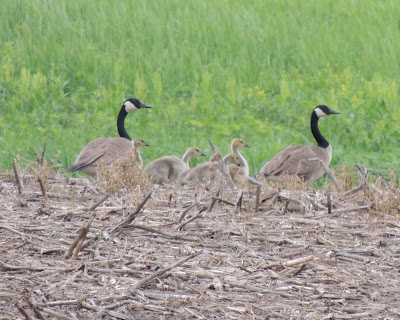 On our way home, we saw this family of Canada Geese walking across an old corn field headed to a lagoon.  They saw us stop & get out to get their picture.  The quickly picked up the pace to get to the safety of the water. 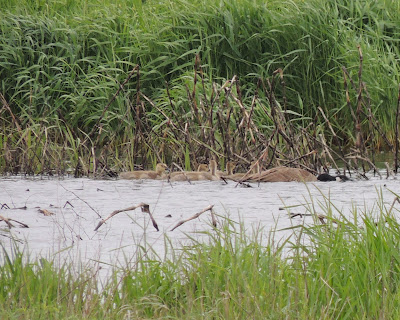 The family disappeared down the bank & into some reeds.  As we got closer we found them.  The parent you see is this pic is laying his/her head down on the water to hide from us.  The babies are getting a lesson in hiding from danger. 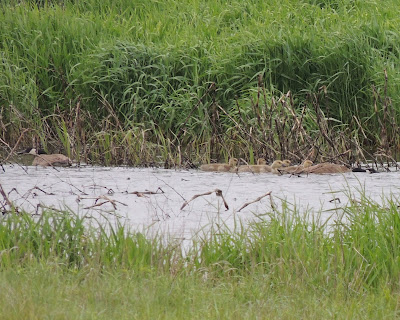 As I zoomed out I found the other parent guarding the back door of the family.  We kept our distance, so we would upset the family. If we had gotten closer, we are guessing the parent in the back would have flown to drawn attention from the family, hoping we would follow. 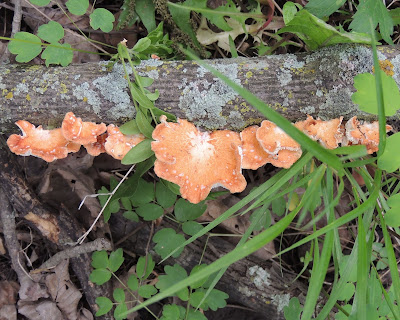 Orange fungus on a log.  Though it was interesting looking. 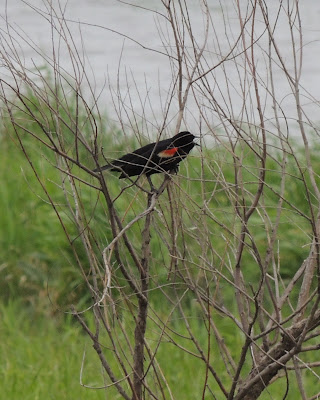 Well, I'm caught up again.  I always fill I have made a major accomplishment when I play catch up.
Hope everyone has a wonderful Memorial Day.  Thank you to all who made the ultimate sacrifice & gave their life for my & our country's freedom.
God Bless.

semperfi
I'm a navy brat, who married a wonderful Marine, & later my Marine joined the Air National Guard/Air Force. I have been a farmer's wife & home school mom. Now my boys are grown & in college so I'm learning what empty nest means. I have lived in 6 different states, on both coast & in the middle; and lived in Washington DC. I have been in 7 different countries all for mission trips. I love to travel.